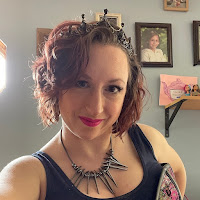 Where have I been? Good question! I can answer, I swear! I just released another book! Yup, book 3 of Beasts Among Us is on sale! How about a gander at the gorgeous cover Mirella Santana created for me: Isn't it amazing?! I'm just blown away. How about a look the full wrap:  Blurb:  Welcome to the end of the world. The quiet life Gretchen fought to attain is over. Gone are the days when her greatest worry was being found out for what she is—a werewolf. Now that the forsaken gods are back to reclaim the world and rule it, her property has now become home base for more than just her own kind. Fae from far and wide unite with her to face off against the gods. When Gretchen and her fledgling pack are called to the front lines, friend becomes foe, and death lurks around every turn. Gretchen encounters the toughest challenges of her life as she embraces her ruthless nature, comes face-to-face with her greatest fears, and fights to save her pack and humanity from annihilation. War i
3 comments
Read more 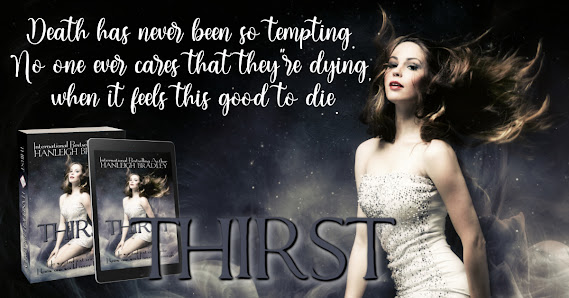 Title: The Fae King's Prize Series: Between Dawn and Dusk #3 Author: Jamie Schlosser Genre: Fantasy/Paranormal Romance Release Date: April 8, 2021 Cover Design: Book Cover Kingdom Photographer: FuriousFotog Cover Model: Joey Berry When I wake up at a female auction in a world I don’t recognize, all I can think about is getting back home to Texas. I want absolutely nothing to do with a realm called Valora, magic, faeries, or being sold to the highest bidder. But the Day Realm king has other plans. Zander says I’m his fated mate. I don’t believe him. That doesn’t stop him from tricking me into marrying him, though. It doesn’t matter if I argue or run—he won’t let me go. I should hate him. Instead, I find myself ridiculously attracted to the stubborn, broody man. Sometimes he terrifies me, so I don’t know why his rare smiles give me warm tingles or why his arms make me feel safe. Everything about Valora is confusing, but after just a short time here, I
Post a Comment
Read more

I know, I know, it has been forever since you’ve heard a peep from me. Rest assured, I’m still reading and writing, life is just getting underfoot like a needy toddler. But here you have it, a brand spankin’ new review: The Fae King’s Dream by Jamie Schlosser! REVIEW   Another unique fantasy romance from Jamie Schlosser!  I love revisiting old characters and getting to know them even better. We had an introduction to wisecracking Damon in The Fae King’s Curse. His fated mate is as strong willed as he is.  Whitley and Damon fall in love quickly (fated, of course) its their talents and circumstances that draw you into the story. Their particular magical talents compliment each other so well it’s kinda like they were made to fit together like puzzle pieces. We also get more witches in this one. The evil coven that are still trying to get their revenge on the fae royalty but also more of Astrid. She has become one of my favorite characters but Maisel the sprite takes first place.  The tens
Post a Comment
Read more

Blood and Pitch by Rebekah Jonesy My rating: 5 of 5 stars This series just keeps getting better and better! I was super excited to read a story about kelpies with a brand new (at least to me) mythology. Pitch and Gillian are the best of partners and Pitch is so much fun. I love how his wordless communication comes across on the page. I love the variation of fae they encounter and what different ending each story has. I can’t wait for more! Available on Amazon and Directly from Three Furies Press
Post a Comment
Read more

📚REVIEW📚 Between Dawn and Dusk & The Fae King's Curse 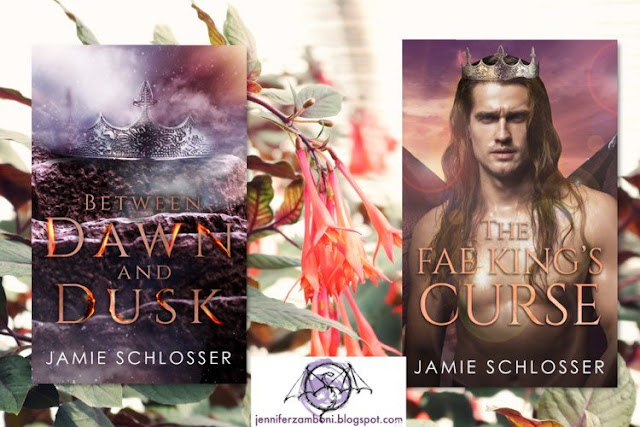 Okay, before we dive into this review, let me just tell you, I was already a fan of Jamie Schlosser's new adult contemporary romances. They're sweet and spicy and I want to adopt all the characters, cook them supper, and let them know they're all loved. My sentiment is a bit different towards her fantasy romance is a bit different and I love it! I don't want to adopt them, but hanging out with them on the page has been absolutely amazing! So without further ado, here are my reviews for both Between Dusk and dawn: A Prequel and The Fae King's Curse.  Oh, wait! No, first I need to comment on these covers! I mean, just look at them. Between Dawn and Dusk is spectacular and I need it in my paperback collection ASAP. And then you get the crown again on The Fae King! The colors and everything tie together perfectly. I love them so hard!!!  Between Dawn and Dusk: A Prequel by Jamie Schlosser My rating: 5 of 5 stars Ahhhhhhhhhhhh! *deep breath* Ahhhhhhhhhhh! I ne
Post a Comment
Read more

📚REVIEW📚 A Wisp of Catastrophe

A Wisp of Catastrophe by Miranda Brock My rating: 5 of 5 stars An ending that’s more of a new beginning for Cirque Du Shadow! We met Mia and Usagi at the beginning of the trilogy and the pair seems a bit sinister at first, but you quickly learn their partnership is more of a tragedy. In Wisps of Catastrophe, we get the truth from these two characters, plus so much more! If you’ve read the other books and were as fascinated by Iris and Irwin as me, buckle in, because you’re gonna find out! We also get to visit with the MCs from the past two books. However, because of Usagi’s curse, this is the only book in the series not told through dual perspectives. Miranda Brock has brought this supernatural circus to life and gave it a great ending! Available on Amazon View all my reviews  on goodreads
Post a Comment
Read more
More posts